You can run all the right digital ads, but unless they lead your user down a path to conversion and generate revenue, they're worthless. Many marketers place a high value on cost-per-click, impressions, or click-through-rates. While those metrics are important when measuring the effectiveness of your digital campaigns, they don't tell the whole story. A high click rate may be a short term, stepping stone goal but it's not likely that your company's goal for the year is a lot of ad clicks. Your company's goal is more than likely related to revenue.

The customer's journey is rarely linear-meaning they rarely make the decision to purchase based on a single ad. Because of this, it's important to look at the campaign as a whole rather than place a lot of importance on an individual ad. These example from Unbounce shows us why.

If you only look exclusively at traffic-focused metrics, the top campaign would be Campaign 5.

Instead marketers should focus on outcomes rather than clicks. To do that, decide what you want customers to do when they see an ad. You'll want them to convert either through a designation CTA click, make a phone call, fill out a form, etc. Your campaign should be set up in a way that nurtures leads to eventually make a purchase.

If you look at conversion rates, cost per lead can be calculated. This shows you the cost-effectiveness of a campaign. Campaign 5 has the best cost per conversion and campaign 4 looks awful. If we take that a step further and track the ROI each campaign is getting, we see the true value of the ad campaigns and how they impact the company's goals and bottom line.

When ROI is considered, campaign 4 turns out to be the top performer. Unbounce sums up the results by saying, using this data, "we know where to focus our marketing efforts to maximize revenue, and where we can make improvements that impact the bottom line."

Digital advertising's big advantage over traditional methods is the ability to precisely measure results. In all honesty, every metric matters in some capacity. Before starting a campaign, make sure to determine which metrics are most relevant to your goals and bottom line. In most cases, nothing is going to trump the benefit of know the ROI of your campaign and how ad campaigns impact your company's bottom line. 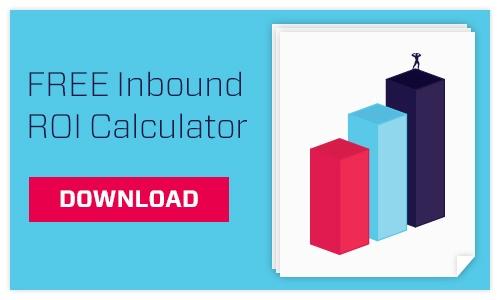 Are you sold? What to look for in a digital agency.